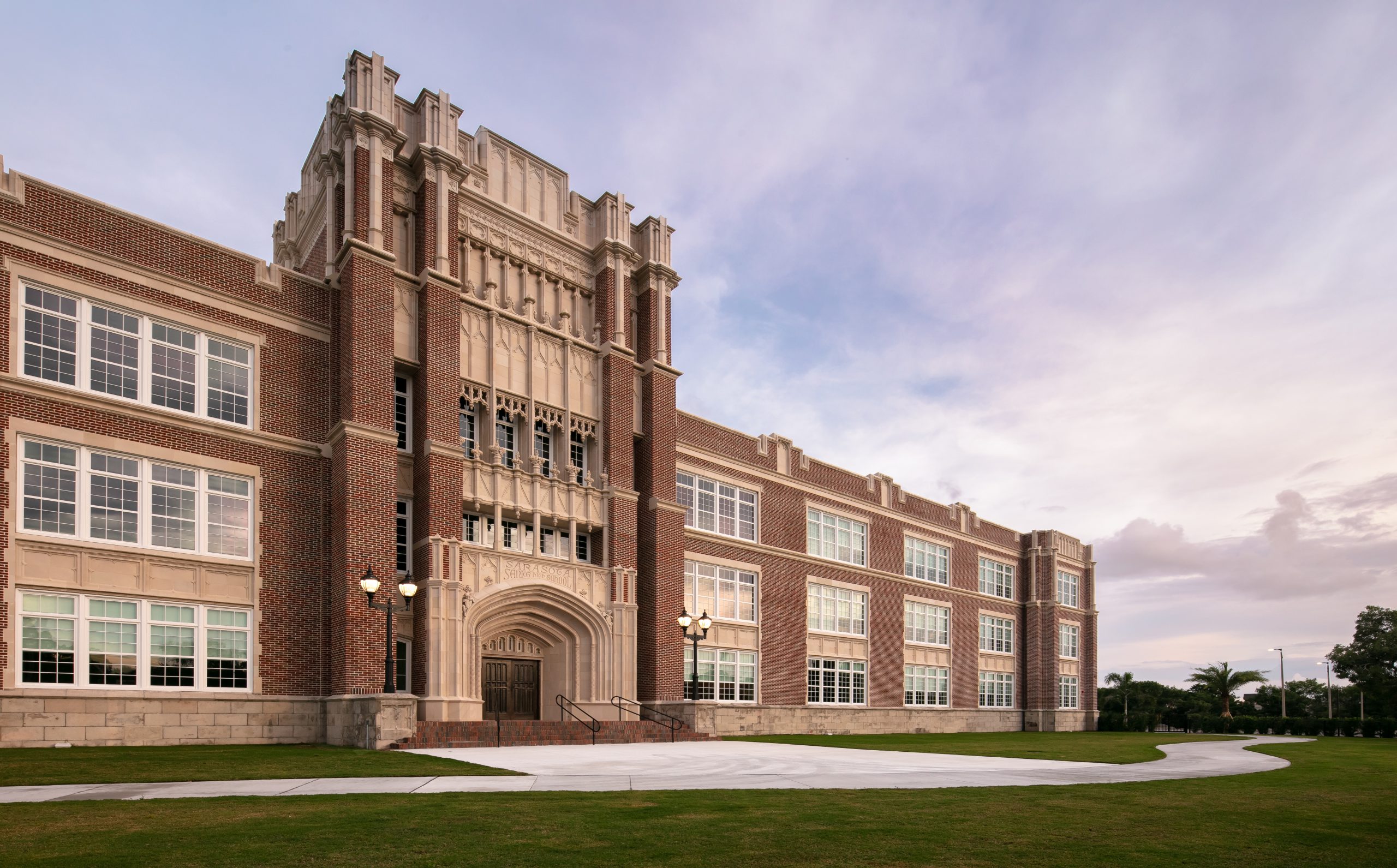 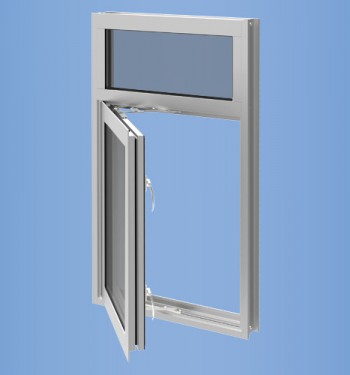 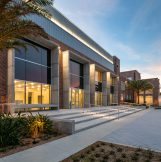 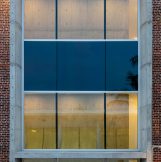 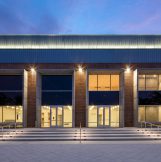 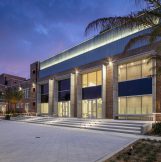 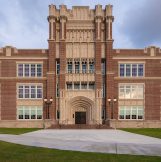 When Florida students filled the halls of Sarasota High School from the late 1920’s until 1996, it would have been hard to envision the long path to restoration the historic building would travel to reach its former glory.

At the time of the school’s opening, the Sarasota Herald called the building “one of the most  modern and up-to-date in the entire south.” Fast forward nearly 75 years, and this one-time completely modernized structure was at the center of a new effort to revitalize the dilapidated building and breathe new life into the architectural landmark.

Partnering with the Ringling College of Art and Design, Sarasota community members had the goal of enhancing the area’s rich cultural landscape by transforming the historic high school building into the region’s first museum dedicated to contemporary art – the Sarasota Museum of Modern Art.

Originally designed by esteemed Florida architect M. Leo Elliott, the 57,000-square-foot building was constructed in the Collegiate-Gothic style. As a project of historical significance, the revitalization team was sharply focused on maintaining the original look and feel of the original architecture.

Ensuring the exterior building envelope was secure from water and air leaks, as well as impact-resistant, was the primary goal before any work on the interior could begin. However, after years of neglect and various repairs, updating the exterior to ensure the museum would be weatherproof presented significant challenges. Exterior work included tuckpointing all the brick, replacing the roof, and replacing all of the windows – of which there were dozens.

The existing windows had all exceeded their life span, and many of them had broken lites, air and water leaks, and they were extremely weak in terms of impact resistance. Lawson Group Architects, Inc. developed a plan to replace these windows, improve the structural integrity of the areas around the windows, and make them weather-proof – all while maintaining the historic design of the building’s facade.

YKK AP customized their window system design with unique trim, mutins and other details to replicate the image of the original wood-framed windows. The new windows feature an enhanced perimeter glazing leg and simulated divided lites, including a grid on top of the interior and exterior glass that is structurally glazed to the glass with 3M tape. YKK AP also produced a window with a projection at the top to serve as an air vent, which was an architectural feature requested by the design team.

Since the condition of the nearly century-old existing wall would not allow for standard anchor installations within the window sills, Key Glass built and installed structural aluminum tube frames inside the existing openings. Service Contracting Solutions then added an Epoxytect coating to the brick sills to meet the window attachment requirements and design pressures expected in a high wind load zone, leading into successful structural testing. The 2.25 inch deep windows also meet the Florida Product Approval standard for high-velocity hurricane zones.

In addition to the structural challenges with installing the new windows, ensuring strong seals for waterproof performance was a key focus. Wood bucks were anchored into the structural steel header, a liquid waterproofing membrane was installed around each window opening, and a special trim base was used to avoid puncturing the interior air barrier seal.

Architectural panning was added to the exterior of the window to replicate the original brick moldings found on the job site. These elements included vertical mullions that replicated the original mullions and using the head of the panning as a gutter to pass water from the lintel angle to the sill without exposure to the potentially corrosive coastal air.

With the windows, roof and brick tuck pointing completed, the building envelope was secure from the exterior elements and it was time to begin renovations on the inside of the building. The interior updates included transforming each of the three floors into purposeful spaces: the first floor houses gallery and studio space, an auditorium, and cafe; the second floor classrooms are now exhibit areas for traveling and contemporary art installations; and the third floor has multiple art classrooms.

After nearly a decade of successful fundraising and years of design, development, construction and testing, the community leaders spearheading the transformation of this historical Sarasota landmark can take heart in the stability and longevity of the new Sarasota Museum of Art. Working closely with one another, each of the contractors succeeded in walking the delicate line between keeping with the original aesthetic and balancing up-to-date performance.