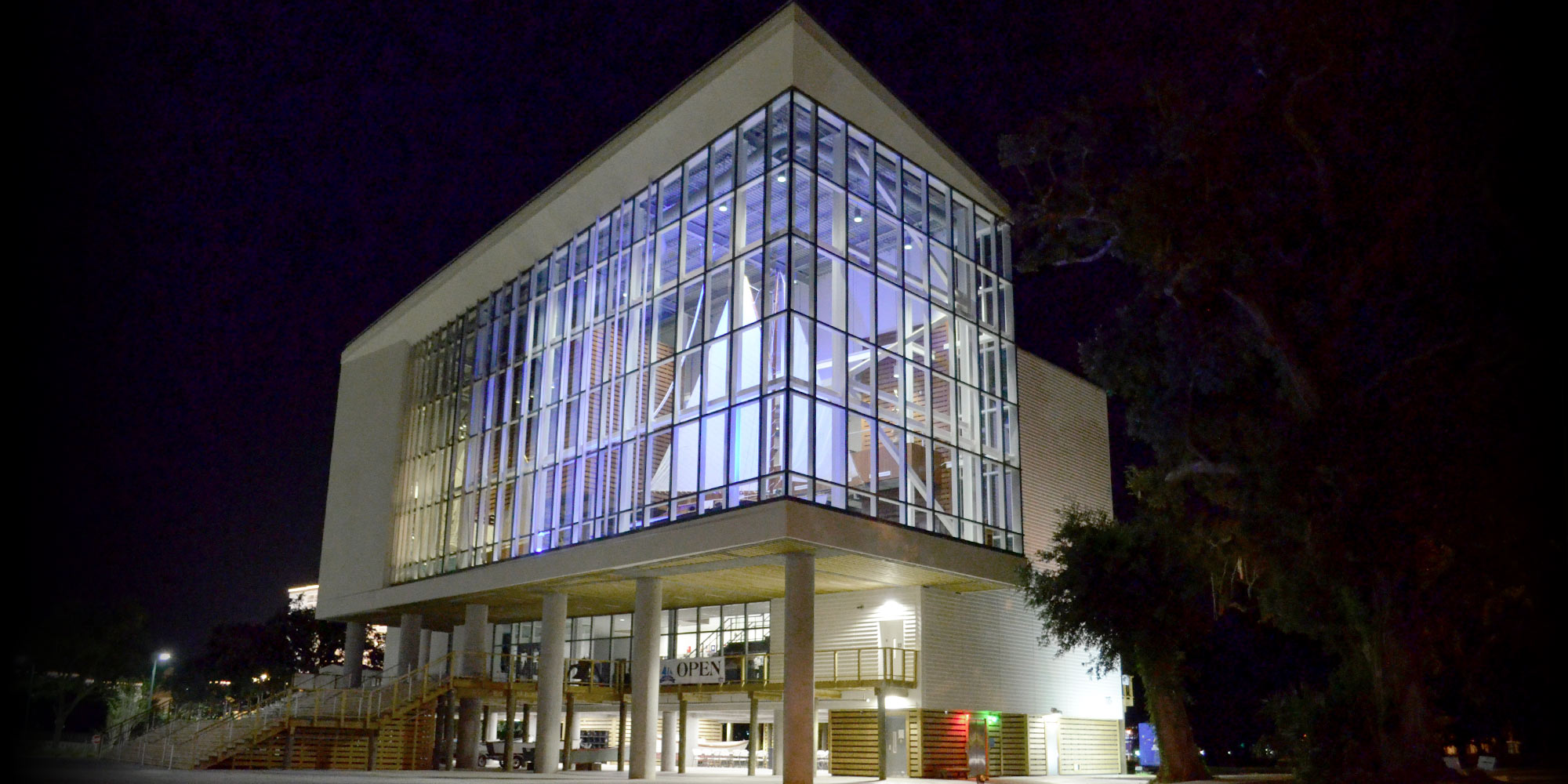 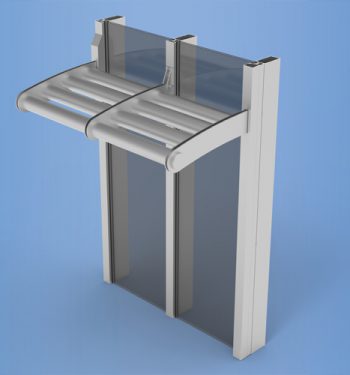 The YKK AP ThermaShade® system is designed to improve comfort and lower energy consumption by decreasing solar heat gain. Designers now have a solution that can be applied to both curtain wall and storefront facades to maintain a consistent appearance across the building envelope. 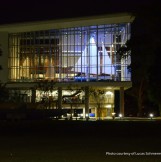 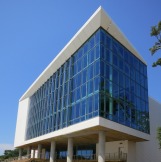 The new Maritime and Seafood Industry Museum on Point Cadet in Biloxi, Mississippi opened on August 2, 2014. The museum’s mission is to preserve and interpret the maritime history and heritage of the Mississippi Gulf Coast. The museum includes exhibits on shrimping, oystering, recreational fishing, wetlands and managing marine resources. Skills such as marine blacksmithing, wooden boat building, netmaking, and shrimp peeling are explored.

The original museum, located on the same site overlooking the Gulf of Mexico, was destroyed by Hurricane Katrina in 2005. The newly opened museum was designed to sustain severe flooding and hurricane-force winds, while showcasing maritime artifacts through a “Ship in a Bottle” effect.

To meet FEMA guidelines for construction within a coastal AE flood plain, the museum’s first level is elevated 2 ft. above the base flood elevation and 10 ft. above grade. The building is founded on 16 inch diameter, augured and cast in place concrete piles that descend to a depth of greater than 50 feet. The 19,580 SF building cost just over $8 million and was built through a federal, state and city partnership.

The museum’s top artifact is the historic sloop Nydia, built at the Johnson Shipyard in Biloxi in 1898 and measuring 30 feet long by 40 feet high with mast raised. The Nydia was constructed of steam bent oak and cypress. The northern and eastern facades of the museum are almost entirely glass, making Nydia visible from the exterior, especially when dramatically lit at night.

Daria Pizzetta is a partner with H3 Hardy Collaboration Architecture in NYC and led the design team that designed the museum. She was born and raised on Point Cadet in Biloxi and is very familiar with the history of the area. The museum holds special meaning to her, as weeks before Hurricane Katrina, Pizetta’s grandmother donated much of the family’s maritime memorabilia to the museum. These artifacts, along with her grandparents’ home and all of their Point Cadet neighborhood were wiped out in the 30 foot storm surge.

The southern and western facades are predominantly precast concrete patterned to resemble the white clapboard siding of the houses that once surrounded the site. Families who worked in the fishing industry, including Pizzetta’s grandparents, lived in those houses from the turn of the last century until they were lost in the storm. The vertical and horizontal sunshades were designed to reduce solar heat gain and to recall the corrugated tin roofs that topped the houses. ‘That was a gesture toward the community,” Pizzetta says. “We didn’t want to just put some modern glass structure here that had no relationship to the grounds it is sitting on.”

YKK AP America Inc. was the only curtain wall manufacturer to meet all of the project requirements, which included custom vertical sunshades. To qualify as hurricane impact products, systems must be engineered and tested including framing, glass and anchoring. In addition to the testing required for non-impact products, impact systems must be tested per ASTM E 1886 and 1996. The system is impacted by a 9 lb. 2 x 4 lumber traveling at 50 feet per second, followed by 9000 positive and negative pressure cycles with pressure varying up to the full design pressure, which was 90 psf for this project.

The original design of the building included curtain wall on the entire south elevation, facing the Gulf of Mexico. Energy modeling indicated this would be a problem. To bring energy consumption back within the desired zone, the south elevation was changed to mostly precast and a special shading challenge had to be addressed on the East / Northeast elevation. The design intent with the vertical sunshades on this elevation was to work with the sun angle of the rising sun to optimize the view in the vaulted gallery space while blocking as much glare and solar heat gain as possible. In order to achieve the goal, the vertical louvers needed to be progressively closer together as they approached the southernmost part of the elevation. Due to glass aspect ratio restrictions, the needed louver spacing could not be achieved by attaching to the curtain wall mullions, meaning the vertical sunshades would have to be attached to and supported by the curtain wall horizontals. The mounting brackets were engineered to attach to the curtain wall horizontals to accommodate uniform mullion spacing while the sunshade spacing became progressively smaller. The 3” x 8” back member of the curtain wall system was easily able to accommodate the additional dead load of the
vertical sun shades.

On the north side, about half of the building is a vaulted gallery space. The total interior height of the curtain wall is over 42 feet, with the curtain wall anchoring to two horizontal steel tubes. Steel reinforcement inside the curtain wall was used in the corners, but nowhere else. Installation of the curtain wall, entrances and sun shades progressed very comfortably with A1 Glass Services Inc. from Covington, Louisiana. Per Ken Harvey at A1, “With the help from YKK AP’s Project Center, this was the smoothest, complicated job that we have worked on in several years. With the engineering work they put into the job, areas we were concerned about turned out to not be problematic after all.”

The YHC 300 OG curtain wall and Model 35H entrances are part of YKK AP’s ProTek® line of hurricane impact and blast mitigating products. ProTek® is more than just a collection of products, with an ongoing commitment to product development and application engineering support for projects large and small.