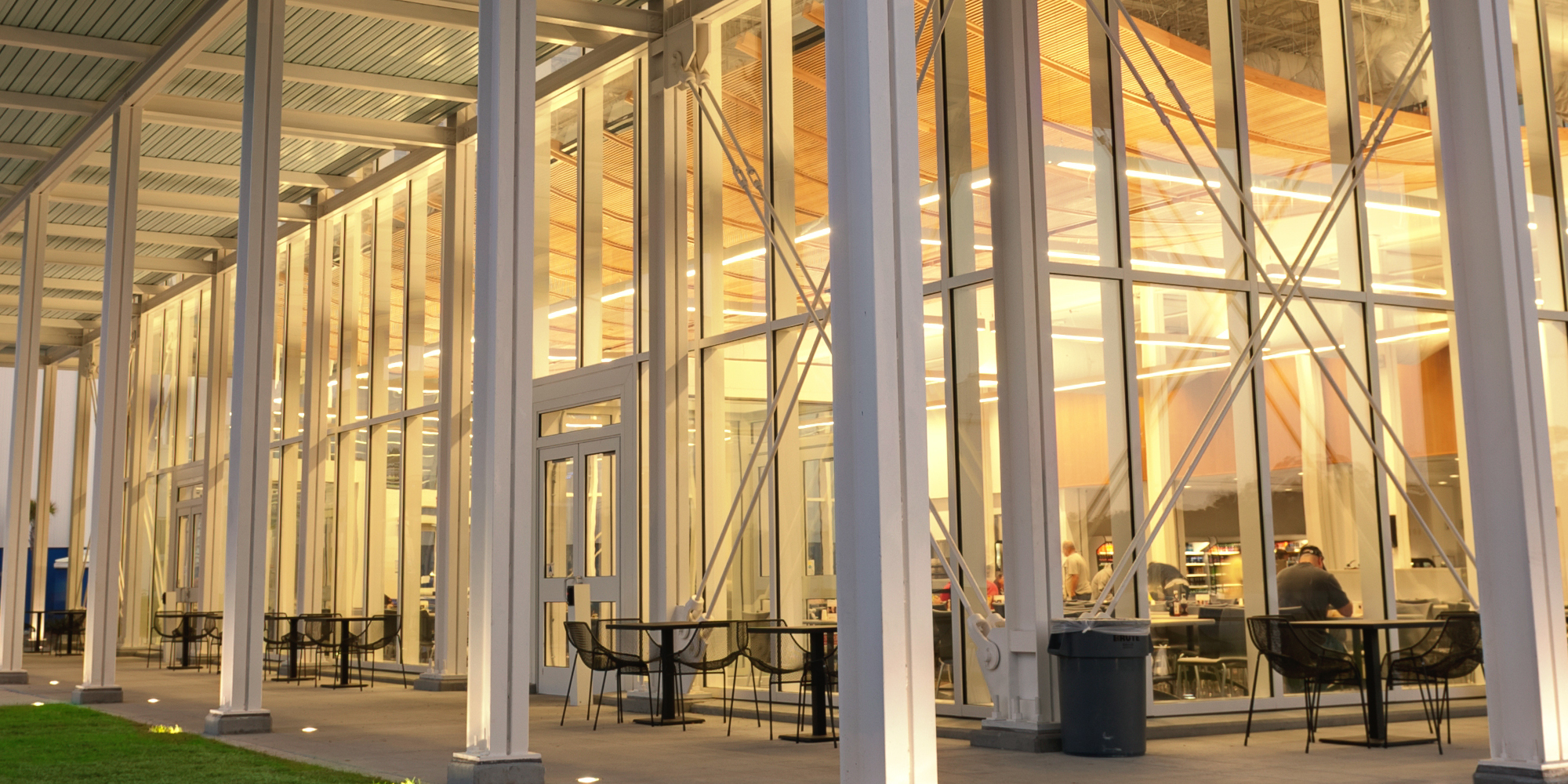 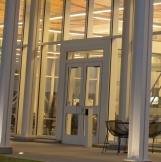 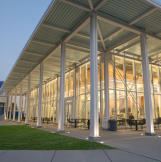 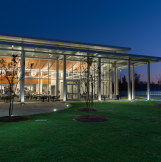 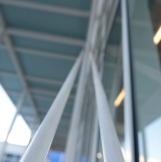 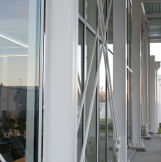 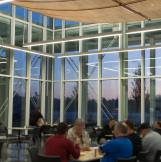 Most people only glimpse Boeing’s new North Charleston campus while driving to and from the airport, and that’s too bad.

One of its best buildings — a cafeteria and employee services hub — is tucked in the middle.

It’s a convenient location for the thousands of people who work in one of the massive assembly buildings nearby, but it’s out of sight for most everyone else.

The so-called “HUB” building became something special because of Boeing’s commitment to go an extra mile to keep its employees happy and an architect’s commitment to simplicity and a bit of Lowcountry flavor.

The 29,000-square-foot project involved renovating an old cafeteria space to serve as a health clinic, human resources office and Boeing store. It’s a place where employees can get dry cleaning done or rent a DVD.

But the showpiece is a new cafeteria right next door that has a soaring ceiling and light curtain walls on the eastern, southern and western facades that provides a visual connection with the rest of the campus — including the line where the new 787 Dreamliners roll out.

This new cafeteria has a wraparound porch with a 20-foot-wide overhang —enough to block sunlight from the windows and to shelter the concrete skirt that’s both a walkway and outdoor dining space.

Boeing wanted the building to serve as its Cheer’s sort of bar —a place where its employees could kick back and take a break, says Mel Peterson, Boeing’s facilities director.

“We wanted to make a statement to show employees that we cared about the things they’re are interested in,” he says.

Architect Eddie Bello of McMillan Pazdan Smith says the most difficult part of the design —besides having to finish it in only four months — was keeping the structure both functional and pleasing to the eye.

“We wanted it to be very simple and industrial,” he says. “It’s an industrial site, and it only makes sense to do that.”

Inside, the chief decoration is a bowed, wooden screen that hangs about five feet below the 24-foot-tall ceiling —a feature that, along with similar wooden panels above the food service line ­— improves the acoustics and softens the look.

Three small, glass-enclosed vestibules help meet Boeing’s goals as far as energy efficiency (the building is expected to get a gold rating from the U.S. Green Building Council’s LEED program). But they don’t gunk up the dining room’s open feel.

The color below the overhang is “piazza blue” from the Historic Charleston Foundation’s pallet of hues found in older downtown buildings. (It’s unclear why light blue, sometimes called “Haint Blue,” became such a popular color on Charleston’s piazza ceilings, but it is. Most speculation says it fools haints, or restless spirits, or keeps birds and bugs away.)

Bello notes that the blue color —and the wrap-around porch — aren’t the only Lowcountry references.

Between the concrete skirt and the grass landscape beyond is a granite curb. “That’s pretty much a Charleston detail,” he says.

The building received both a merit and Committee on the Environment award recently from the S.C. chapter of the American Institute of Architects.